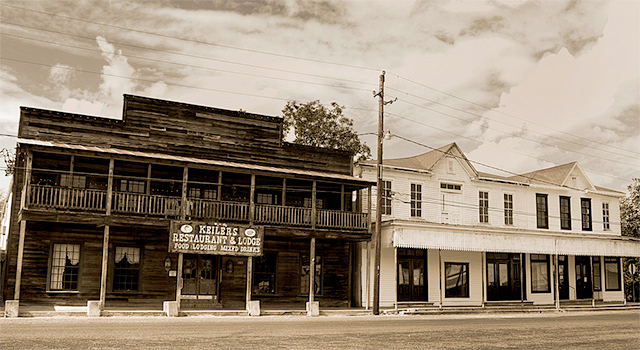 Fayetteville’s first immigrant settlers were the families headed by John Crier, James Cummins, and James J. Ross three of the Old Three Hundred. The settlement began at the location of a stagecoach stop on an old road between San Felipe and Bastrop.

Even though Fayette County was named after General Lafayette, a Revolutionary War hero (initially Marquis de Lafayette until June 1790, when he permanently renounced both the nobility and aristocratic titles”), however, the community become Fayetteville in honor of someone else. According to the Handbook of Texas, in 1844 the community was named after the North Carolina birthplace of a prominent citizen of the time, who had surveyed the community, named its streets, and donated lots for the Fayetteville Academy and the town’s multidenominational Union Church.

Fayetteville was incorporated in 1882.

Fayetteville is said to be “the smallest municipality in America that has a chiming clock.”

reprinted from Wikipedia | photo by bettylynne