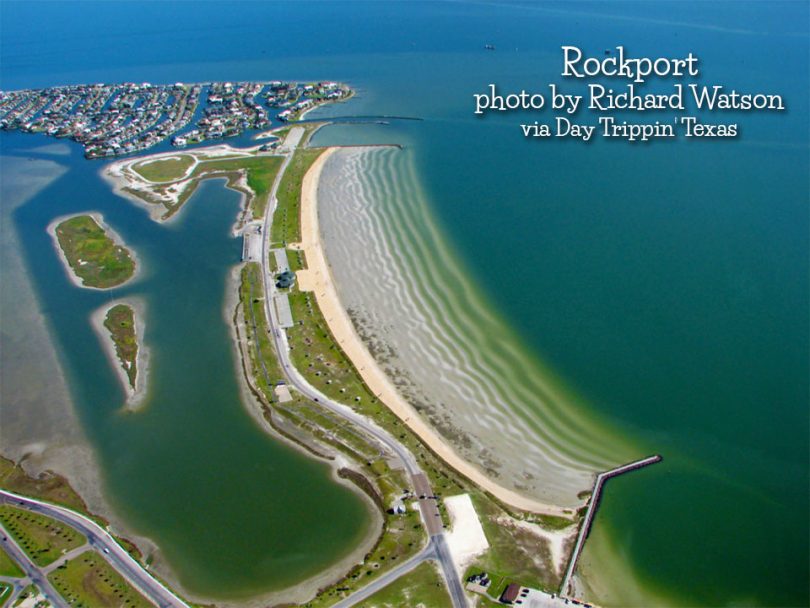 Widely referred to as “The Texas Riviera”, Rockport is a distinctive upscale waterfront community on Aransas Bay in the Coastal Bend region of South Texas.

Aransas County was formed from Refugio County in 1871. Its county seat is Rockport.  The area is commonly referred to as Rockport-Fulton since there are two separate communities in the same area. Aransas County is the one of the smallest counties in Texas. It is located on the western side of the Gulf of Mexico, yet is separated from the Gulf by barrier islands which form the intracoastal canal. While the County covers more than 326 square miles, much of the county is under water.

The County is composed of peninsulas, islands and bays, including:

• Lamar Peninsula  – home of the Big Tree, believed to date back to 1000 A.D., and Goose Island, a safe place for the endangered Whooping Cranes

Aransas and Copano Bays were first documented in 1519 by Captain Alonso Alvarez de Pineda, the first European to sail the Gulf of Mexico. The earliest known inhabitants were the Karankawa Indians, documented by Cabeza de Vaca in 1528. In the 1700s, missions were established in the area by Spain. After the war between Spain and Mexico, the area was claimed by Mexico. In 1826 James Hewetson and James Power applied for an empresario grant centered on Aransas Bay. Colonists were recruited from Ireland to settle in the area. Aransas City was established at the tip of Live Oak Peninsula. The colonists signed the declaration of independence from Mexico in 1835 marking the beginning of the war with Mexico. In 1837 Captain James Byrne founded a town on the Lamar Peninsula, and established a port of entry to compete with Aransas City.

The Town of Rockport was founded in 1867. George Fulton completed his mansion in 1877 (now a Historical landmark) in the community known as Fulton, next to Rockport.