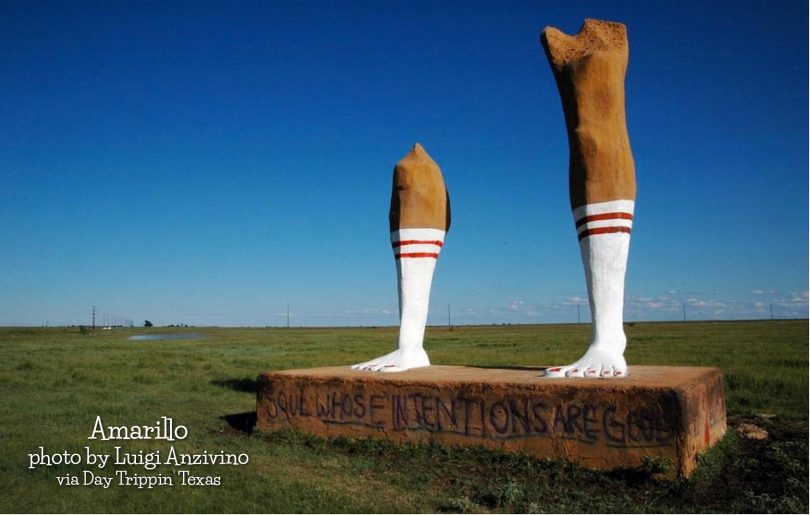 Just off the highway heading south on I-27 out of Amarillo are two gigantic legs in athletic socks. You wouldn’t know it, but they are the shattered likeness of an Egyptian king.

“Ozymandias” is the Greek name for Ramesses II and was the inspiration and name of an 1818 poem by Percy Shelley.

A plaque near the gigantic legs reads:
In 1819, while on their horseback trek over the Great Plains of New Spain, Percy Bysshe Shelley and his wife Mary Shelley (author of Frankenstein), came across these ruins. Here Shelley penned his immortal lines, among them:

“I met a traveller from an antique land
Who said: Two vast and trunkless legs of stone
Stand in the desert …
And on the pedestal these words appear:
‘My name is Ozymandias, King of Kings,
Look on my works, ye mighty, and despair!’ “

The pedestal near the monument also asserts that the visage of the king was destroyed by Lubbock football players after losing a game to Amarillo.

The sculpture was built by self-taught artist Lightnin’ McDuff. It has been vandalized numerous times, most notably with the addition of socks to the legs. Occasionally the sock vandalism is sandblasted off of the sculpture, but always reappears. The locals seem to prefer the king’s legs be kept warm. 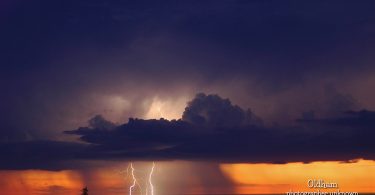 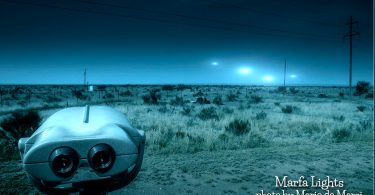